In 2003 Alicia collaborated with the Spanish architect Andres Jaque to create a performance for his Casa Abrigo Portátil (Portable House Coat). Also known as the Automatic Material, the suit not only clothes but offers shelter and a space to entertain others. It is equipped with the keys to feeling at home in the contemporary city. It can be worn, or opened up and spread out on the ground. It contains a section of lawn, fabric that expands to provide shelter and private space, its own lighting and even its own butane cylinder connected to a gas burner for cooking.

Jaque explained that rather than thinking in terms of a suit, his objective was to create a role, that of a host or Techno-Geisha who, armed with the suit, could attend to the needs and desires of the inhabitants of the contemporary city. In the performance Alicia employed the suit in various ways, exploring its possible uses and especially the communication and relations that it facilitated with others. She became a hostess, offering others the opportunity to relax and feel at home in her hospitable island adrift in the modern urbis. Here’s a quote from the catalogue of the exhibition it was a part of:

Alicia has no human limits. Her body blurs into an enveloping prosthesis which modifies the contexts she visits. The Improved-Alicia is the techno-host of the contemporary city. She supplies energy, softens surfaces, organizes automatic picnics and opens bubbles of intimacy.

Alicia is keen to repeat the performance but substituting the section of lawn for a garden of herbs or sprouts that she could pick and serve during the performance.

Ali&Cia’s Edible Hats are made with all manner of foods; fruit, vegetables, sweets, snacks, baked goods and the like, which are attached to a base support that offers the stability necessary to achieve volume, both upwards and outwards. For the bases, they often recycle food-related items such as baskets, woven mats, paper plates and trays, place mats etc. Ali&Cia explain that while some participants may at first be hesitant, the familiarity of food encourages them to shed inhibitions and channel their creativity in a much more effective way than working with other artistic materials would. The catharsis that ensues highlights the aesthetic, sensorial and festive value of food and each hat reflects the singular irony and genius of its creator. Far from a frivolous affair, Alicia asserts that

“Just as the goddess Athena was born winged from the head of Zeus, so these edible hats relate to the world of ideas, to the collective subconscious that arises from the head. These hats are, for me, like altars that bear the most sacred and peaceful offerings.”

The workshop culminates in a procession in which all the participants show off their creations on a red carpet.

Founded almost 15 years ago by culinary historian and former psychology professor Alicia Rios and her niece, the architect Barbara Ortiz, Ali&Cia specializes in the collective creation of edible installations/performances, reinterpretations of the world around us. They work with volunteers to create edible libraries, borders, greenhouses, and entire cities, all of which culminate in public acts of collective catharsis through their consumption. In 2007 their work Eat London, where an 60m2 edible model of the city of London created by 200 volunteers from 14 different community groups was presented in Trafalgar Square and devoured by 5000 people, won the Visit London gold award for best celebration of cultural diversity, 2007.

Several of their works involve edible outfits and we’re highlighting two in particular below. Unfortunately, it hasn’t been possible to stage them for this iteration of the wearable art runway show due to space and time constraints on May 6th. 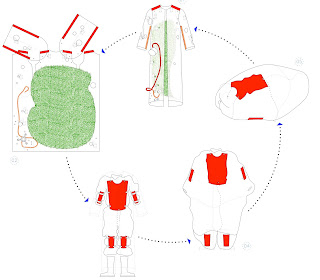 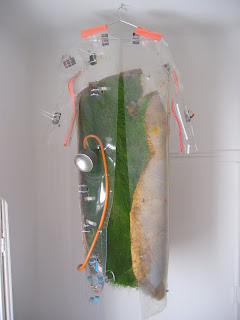 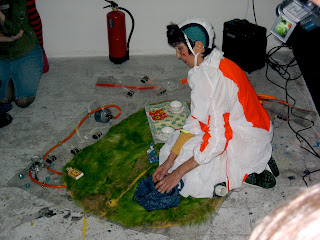 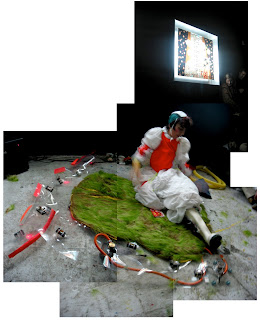 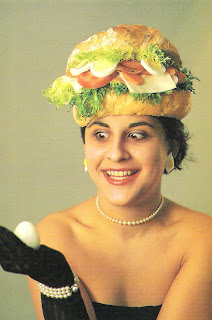 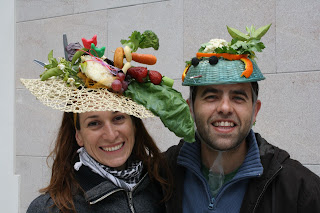